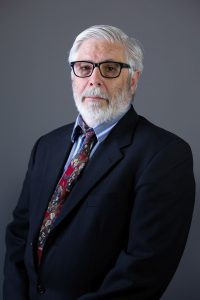 Robert McNeney studied law at the University of Ottawa and the University of Victoria. His practice is mostly plaintiff related to handling personal injury claims for individuals injured in motorcycle, car, and occupier liability accidents.

He has been involved in claims involving a broad spectrum of injuries, including spinal cord injuries, traumatic brain injuries, chronic pain, fibromyalgia, significant orthopaedic injuries and fatal accident claims. He has appeared at all levels of the Courts of British Columbia and has conducted trials before juries and by judge alone. He has conducted over 20 appeals in the British Columbia Court of Appeal. He has also appeared before numerous administrative tribunals. Mr. McNeney has extensive experience in alternative dispute resolution including Mediation as well as informal and formal settlement conferences.

"I am incredibly grateful for everything.  Martin Spieker is a brilliant lawyer, and at the beginning while I may have gotten the sentiment from Martin that my case as a waste of time and money, he didn’t let that stop him.  His knowledge, expertise, and willingness to GRIND for me eventually did work by focussing on a different approach of the case; and it worked by much more than I could have ever hoped for.  Martin’s assistant was the most amazing assistant.  She helped bring clarity to times of confusion and was fast and efficient with everything that had to be done.  She also showed compassion and patient when needed, as there were plenty of times where I was wiping my tears either on the phone with her or in person.  I thank the firm for allowing my case to be taken, and for fronting all the monetary expenses prior to the settlement, even though it took time."