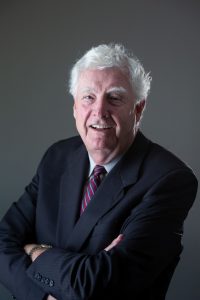 1966 – Graduated with a Bachelor of Arts degree (B.A.) from the University of British Columbia.

1972 – Graduated with a Bachelor of Laws degree (LLB) from the University of British Columbia.

Called to the Bar of British Columbia and from 1973 to the present has restricted his practice to personal injury litigation with occasional forays into motor vehicle criminal offences.

In 1977 Mr. McNeney was a founding member of the British Columbia Trial Lawyer’s Association and was instrumental in the founding of the Westminster Community Legal Services Society where he formulated bylaws and policies for one of the first community law offices in British Columbia.

Mr. McNeney was recognized in 1988 by the Trial Lawyers of America when he was named a sustaining Member and he has remained active in the education of young lawyers through giving courses on civil procedure relating to personal in jury litigation with the PLTC; Continuing Legal Education, and Association of Trial Lawyers B.C.

These efforts, however, did not go unnoticed. As a result of his continued advocacy on behalf of injured persons, his commitment to assisting marginalized people, and his work within the legal community, he was made a Queen’s Counsel in 2006.   Mr. McNeney’s most difficult accomplishment was surviving six years as a Scout leader, never arising beyond with Badge One. His career in Scouts ended when his then 13 year old son discovered baseball and music. Anything to do with cars and motorcycles where one can buy high and sell low.

"I am incredibly grateful for everything.  Martin Spieker is a brilliant lawyer, and at the beginning while I may have gotten the sentiment from Martin that my case as a waste of time and money, he didn’t let that stop him.  His knowledge, expertise, and willingness to GRIND for me eventually did work by focussing on a different approach of the case; and it worked by much more than I could have ever hoped for.  Martin’s assistant was the most amazing assistant.  She helped bring clarity to times of confusion and was fast and efficient with everything that had to be done.  She also showed compassion and patient when needed, as there were plenty of times where I was wiping my tears either on the phone with her or in person.  I thank the firm for allowing my case to be taken, and for fronting all the monetary expenses prior to the settlement, even though it took time."